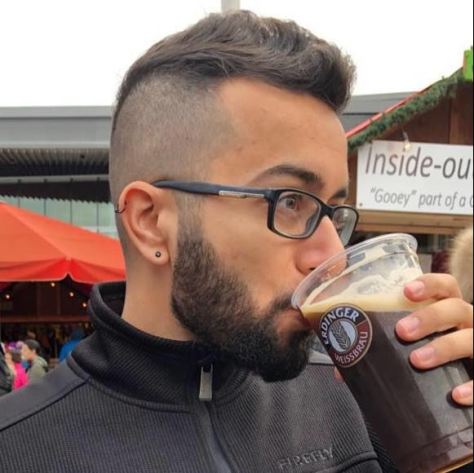 The Neon Arcade is a YouTube content creator with almost 50k subscribers on YouTube. Focusing solely on the upcoming Cyberpunk 2077 video game, he describes his channel as a destination for news, lore, details, analysis, game play, and eventually playthroughs when the game comes out in November.

“Look forward to high quality and informative guides, how-tos, and tips & tricks for YOU GUYS so that you can get the upper hand in the oppressive and treacherous world of NIGHT CITY!”–The Neon Arcade

The Neon Arcade is perhaps one of the best sources of information on the Cyberpunk 2077 video game, breaking down history, classes, playthrough styles, and much more. But who exactly is The Neon Arcade, and what can he tell us about the Cyberpunk genre? Let’s find out.

How did you get introduced to Cyberpunk (the genre)?

I got introduced to the Cyberpunk genre mainly because of my interest in philosophy, psychology, and cerebral films, oddly enough. I was googling some mind-bending movies to watch many years ago and I stumbled upon Ghost In The Shell. I couldn’t say I was a huge anime fan, but the art style looked subdued enough where it seemed more approachable and accessible to me, and something about the name and synopsis drew me in. I watched it and absolutely loved it; it was one of those movies you just thought about a lot in the subsequent days after viewing, and it made a lasting impression on me. At the time I had no idea there was such a thing as the Cyberpunk genre or that it even fit into that category, I just thought it was a really awesome dystopian city of the future / cerebral thriller-type movie. I honestly don’t remember how I stumbled upon the genre as a whole, but It must have been after I watched Akira a few years after, and then was re-introduced to Cyberpunk 2077 at E3 2018. I had seen the Cyberpunk 2077 teaser in 2013, but it wasn’t until after I watched movies in the genre unknowingly that it came full circle in 2018 and I started doing my research and found out there was a label for the genre as a whole. 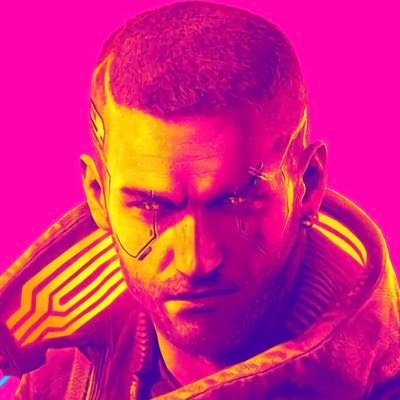 2. What made you decide to start The Neon Arcade? When did it start? And how did it become what it is today?

I started the Neon Arcade because I’m always doodling and thinking of ideas or drawing logos for brands I make up in my head, and just letting my imagination run wild. I remember doodling an idea for a gaming channel on a piece of paper at school with something that sounded good but was also apparent that it was a gaming channel. I was thinking of how retro arcades we used to have when I was a kid were kind of passé and the name stemmed from that. I initially really wanted to do overwatch and halo content for the channel, and even a divergent psychology and health channel, but when I stumbled upon Cyberpunk, I instantly fell in love with what I thought was the perfect combination of an open world and cyberpunk themes. It replicated the same feeling I got watching Ghost In The Shell, but I was much more excited because I knew there would be so much more to it since it was in a video game format that you can come back to again and again and have a different experience. I became really passionate about not only making the best, most in-depth and straight-to-the-point Cyberpunk content I could, but also working on best SEO practices to get my hard work out there. It seems to have worked great so far, and it really challenges my enthusiasm for being a “story-teller” as well as a marketer. My best choice was doubling down on Cyberpunk though. Not only am I obsessed with the world, the lore, the characters and anything I can get a grip on, but I can share that with a smart, vibrant community who loves to talk about the dark future. It’s really been an amazing year and a half-ish on YouTube.

3. Where do you get your ideas / inspiration for your videos?

The Cyberpunk lore and world is so rich that it does make it easy, but I definitely write down all the ideas for videos I have. I spend most of my day day-dreaming about edits and my scripts, and what kind of video I would want to watch that isn’t really available for Cyberpunk. Many times I’ll read a lore snippet from Cyberpunk 2020 and get inspired, or I’ll notice something in a demo which will make me want to frame by frame a section and get really deep. Other times it’s making a concise more journalistic straight to the point informative video. It really depends on me. Research is also a big one. Since I do so much on Cyberpunk 2077 specifically, I feel like I can weave all the smaller details into the bigger ones to paint a more comprehensive picture. It goes back to storytelling and getting everything across to your audience. I take a lot of joy in that, as I do augmenting my edits to match what I’m saying to keep people interested. No one wants to watch a boring edit that drones on and on. If my videos are longer, I try to pack them with substance. 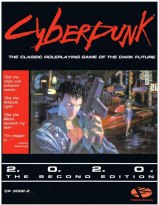 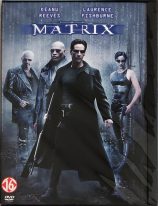 4. What are your top three Cyberpunk works, and why?

First would be Ghost In The Shell for the introduction to the genre, 2nd would be Cyberpunk 2020 because of the sheer amount of painstaking detail in the thousands of pages of lore, and 3rd would likely be The Matrix because I watched that when I was probably 6 which predates my Ghost In The Shell viewing, even if it doesn’t scream pure Cyberpunk genre to me as much. Neo was my favorite character ever when I first saw that movie when it released, and voila Keanu is Silverhand in 2077. Again Cyberpunk hits all the right notes for me even in the casting. 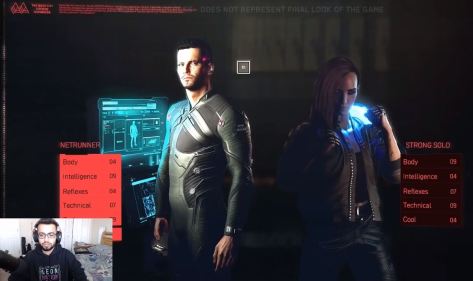 5.What are your thoughts on the Cyberpunk 2077 gameplay that we’ve seen so far?

The gameplay has really wowed me so far. The 48-minute demo was incredible. the density, the open world, the colors, the sounds, the immersion, the gangs, the factions. It was all on point and just how I was picturing it in the mind’s eye after reading the initial impressions from E3 2018. I won’t lie that the Deep Dive didn’t quite illicit that same reaction from me, but I was still blown away in other areas, mainly in the skills and playstyles available. The netrunning sequences to cyberspace and the quick hacks really pushed me more into respecting the netrunners skill set, although I still think I will predominantly pick solo-centric physical skill when I get my hands on the game. All in all I haven’t been this excited for a game since Halo 3 in 2007. Playing The Witcher 3 years ago and following CDPR years after has really opened my eyes to how special and dialed in this studio is. There’s gotta be something in the vodka over there. Polish “polish” should be a new buzzword in gaming like German engineering was in automobiles when it came to German craftsmanship. 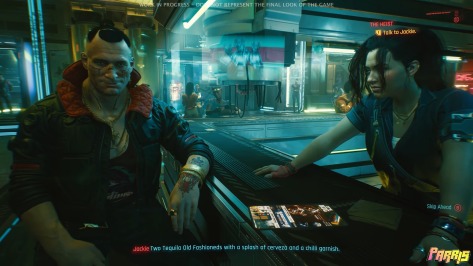 6. Can you describe the world and its factions a little bit, for people who are unfamiliar?

Of course! The World of Cyberpunk is an extrapolation of our world, if things go wrong; it’s also a social commentary on our current reality. High Tech, low life is the motto for many Cyberpunk works, and in many ways Cyberpunk 2077 is a distillation of this. Overtly powerful megacorporations, roaming and disillusioned gangs, the elimination of the middle class, cybernetics becoming as common place as a wristwatch, are all mixed with the despair, turmoil and angst that comes with this dark future. Ethics, morals, the sanctity of the human body and mind have fallen at the wayside to corruption and the need to make a buck to survive.  Gangs of all sorts are prominent on the streets, as well as feuding corporations via more covert means. Addiction comes in the form of braindance, the net and augmenting the body with too much chrome. Edgerunners or mercenaries take a variety of jobs from fixers, to make a quick eddie, at varying degrees of risk. The world is unstable economically, socially, politically and even environmentally due to years of abuse of power and of the earth. It’s just hellish for those at the bottom and glitz and glamour for those at the top. There is little to no upward mobility for the poor, and the people in power will make sure of this. It’s called the Dark Future for a reason. 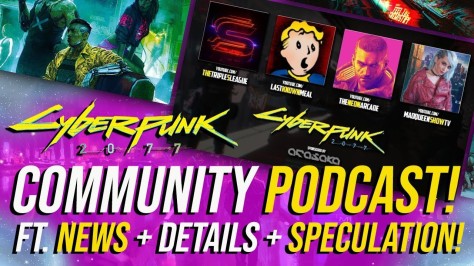 7. How did you come to join the community podcast, and what is it like being one of the 4 each week?

I was approached to join the community Podcast by Syb and MadQueen. They had been working together for a while and occasionally with LastKnownMeal and I had maybe 10k subscribers at the time I was approached. It’s funny because when I had around 10 subs I reached out to LKM and MQ to connect since I had been watching a lot of their videos and to suggest a collaboration in the future. I suppose I was confident that I would grow to the point where that was justified. I doubt they remember the DMs though, but it was funny when they reached out to me first after that. I guess they had found me and started watching and enjoying my videos. I’m an introvert by nature so the thought of having to talk for hours was a challenge, but I promised myself when it came to creating content and really doing what I loved I wouldn’t say no to any opportunities no matter how uncomfortable they made me feel. It was difficult at first, because not only had I never really talked to the crew outside the podcast other than MadQueen, but we are also from all over the world. Sometimes the language barrier between Euro and North American vocab is a sticking point, but I think we’ve done well so far. I’m having a lot of fun talking to these guys every week. They’re not only amazing creators in their own rights, but they are genuine down to earth and passionate people as well. As a bonus we get to talk to developers from CDPR from time to time on there too, so it’s really good for the community as well, and to meet the workhorses behind the games to get some insight. I still get burnt out at the end of a long podcast, but it’s been one of the best decisions I’ve made so far in my YouTube “career”

8. Final question: What does Cyberpunk mean to you?

Cyberpunk has given me a creative outlet to talk about a universe that offers me not only escapism but can also ground me with how it’s a snapshot of our potential future. It allows me to do creative work and allows me to appreciate the beautiful and well-crafted stories in the 2020 and 2077 universe in particular, but also sit with myself and ask all the hypothetical real world applicable questions that come with reading a work of fiction that has tangible research and foresight behind it. It coalesces my passion for technology, self-actualization, psychology and vibrant escapist worlds. I really hope to see more Cyberpunk works that pave a unique route for itself, and rely less on some of the old school tropes.  That’s probably a pretty hippy answer, but I’m sticking with it haha.