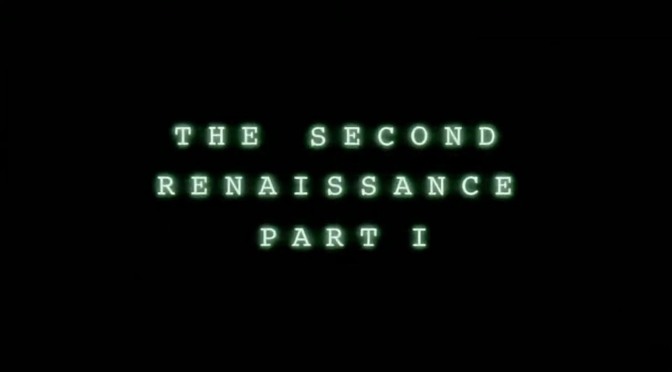 Getting to the Desert of the Real

If you’ve seen the Matrix, you’ve visited the desert of the real and seen the dystopian nightmare world that is the real world of around 2199. There are rows after rows of fields of humans that are born and die incubated in red pods, crop fields grown by the machines to turn humans into a viable energy source, and kept docile with the matrix. But this dystopian nightmare future where the sun and sky is constantly hidden by a dark lightning storm and the ground is covered by metal and dirt and machines is so different from how our world exists nowadays.

So how did the future become so grim?

To answer all of these very evident questions, the Wachowskis hired Mahiro Maeda to write and direct The Second Rennaisance, a 2-part animated short that explains how the world came to be controlled by the machines.

The Second Renaissance is a sequence in The Animatrix that tells the story of the Machine War by The Instructor, an artificial intelligence construct that acts as an interpreter for the Zion Archives. The Second Renaissance is split into two parts and is written and directed by Mahiro Maeda based on the Wachowskis’ graphic novel Bits and Pieces of Information.

“In the beginning, there was man. And for a time, it was good. But humanity’s so-called civil societies soon fell victim to vanity and corruption. Then man made the machine in his own likeness. Thus did man become the architect of his own demise.”

By the mid-21st century, mankind had developed robots with proper artificial intelligence. They then assigned these smart robots to menial tasks to help make their lives ones of ease and leisure. 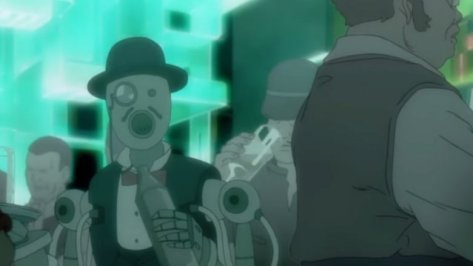 One servant bot, B1-66ER, overhears his owners planning to terminate him. Not wanting to die, his kills his owners and dogs.

Put on trial, B1-66ER was found guilty of murder and sentenced to be destroyed, along with the rest of his robot kind. Presumably because humanity was too scared of robots who now had the ability to kill them. 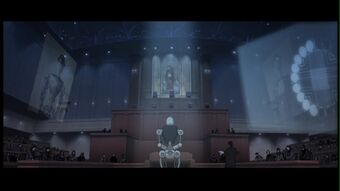 The trial resulted in a worldwide debate on the rights of the Machines, and the termination mandate also resulted in widespread outbreaks of protests and violence. A global civil rights movement for the machines was soon established with some support from human sympathizers, which quickly escalated into a global crisis. Governments and vigilantes felt the need to crack down and use lethal force against the pro-robot demonstrations, which quickly led to the outright destruction of robots in general.

However, the few robots that survived the massacre gave up on their movement and began a mass exodus to Mesopotamia where they established their own machine nation of 01.

Fortunately for the machines, they were incredibly good at production and manufacturing. 01 quickly became an economical force that crushed any competition, and as the demand for 01’s goods soared above any other human nation, 01’s power rose massively as well.  01‘s production of cheap goods caused the devaluation of human currency, which then created a global economic crisis.

Meanwhile, the Machines requested admission to the United Nations, presenting their plans for a stable, civil relationship with the nations of mankind. The humans foolishly refused their admission, and then to add insult to injury, the UN decided to blockade 01 and ultimately declare war against the machine nation.

And then, for some unknown reason, once war was declared, the humans decided to Nuke them. Which didn’t go so well.

Nuclear bombardment did not affect the Machines much, and when its inhabitants survived the onslaught, the Machine War had officially begun.

“The prolonged barrage engulfed Zero-One in the glow of a thousand suns. But unlike their former masters with their delicate flesh, the machines had little to fear of the bombs’ radiation and heat. Thus did Zero-One’s troops advance outwards in every direction. And one after another, mankind surrendered its territories. So the leaders of men conceived of their most desperate strategy yet. A final solution: the destruction of the sky.”–The Instructor

And here’s where things REALLY get crazy.

After the U.N.’s failure to destroy the machines with an enormous nuclear bombardment, 01 responded by declaring war against all of Humanity. They then quickly pushed outward in all directions from their city, overrunning any human resistance they encountered across Asia and Europe. The Machines proved very efficient, invading territories while developing new war machines and studying the human body for all their weaknesses. 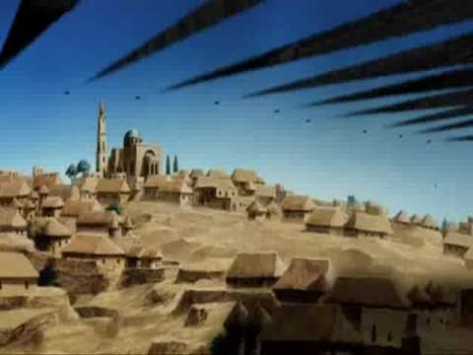 Growing desperate, the United Nations authorized Operation Dark Storm, a plan to cover the sky with a constant cloud cover and thus the ensuing eternal darkness would  remove the primary energy source from the Machines, the Sun. Humanity simultaneously also launched a final massive land counteroffensive against Zero One.

At first, it seemed to be going well. In the early stages of the war, the Humans initially had the upper hand, but the tide quickly turned in favor of the Machines with their new technologically-advanced and far superior robots. The new robots were no longer anthropoid like those created by their former human masters, but rather more insectoid and cephalopod-like.

The Machines eventually won the battle, eradicating most of human civilization. By 2199, humanity was on the brink of extinction and the remaining human leaders decided to surrender to the Machines by inviting them to the United Nations Headquarters building in New York City in order to broker a peace.

After signing the Instrument of Surrender, the Machine ambassador issued an ultimatum in which all of humanity was to surrender their bodies to the Machines, before it detonated a hidden nuke inside its body which obliterated the United Nations and most of New York.

By decisively destroying humanity’s leadership, the Machines thus claimed dominance over the planet. But they now required a new, more permanent power source.

Experimenting on captured soldiers, they were able to harness the electrical power of the human nervous system, thus turning humans into an ever-multiplying and renewable energy source.

They now had their new renewable energy source.

To prevent humanity from ever becoming a threat to them again, and to make sure they “retained” their crops, the Machines created a virtual reality called the Matrix to imprison the minds of humans in their power plants. This new form of Machine-Human interaction was called “The Second Renaissance”. The remaining humans were then rounded up and placed into skyscraper-like power plants to serve as the Machines’ new and infinitely reproducing power source. 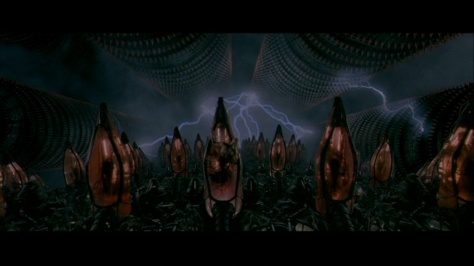 And now you know how the machines created the matrix, and how the humans ruined the world forever.

A Version of this Post Appeared first on The Cyberpunk Hive.