Keanu Reeves has been in countless Cyberpunk films: the Matrix Trilogy, Johnny Mnemonic, and A Scanner Darkly just to name a few. But beyond just a face on the silver screen, Keanu Reeves has known not just fame and fortune, but great heartbreak and hardship in his life as well. So here at Cyberpunk Matrix I thought I’d take a walk with you through the gallery of all the Cyberpunk films Reeves has been in, and have a look at Hollywood’s new favorite leading man and internet sensation. So join me and learn something new about the humble powerhouse that is Keanu Reeves.

Keanu Reeves was born in Beirut, Lebanon on September 2nd, 1964 to a British mother and Hawaiian American father of mixed heritage. They married in Beirut when his mother, Patricia, was only 19 and his father Samuel was 21. They had one more child, Kim, and then Samuel abandoned the family struggling from substance abuse when Keanu was only three years old. After his divorce with Keanu’s mother in 1966, he went to prison for ten years for selling Heroin at Hilo International Airport. Keanu then moved to Sydney with his mother for a year before moving again to New York City, where Patricia married the Broadway and Hollywood director Paul Aaron in 1970. The marriage lasted a year before divorce in 1971 and the two moved yet again to Toronto. It would be here, in Yorkville, that Keanu would spend the majority of his childhood. In 1976 Patricia would marry her third husband, a rock music promoter named Robert Miller. The marriage would last until 1980. Her fourth and final husband was a hairdresser named Jack Bond, and their marriage lasted until 1994. Because of the busy and tumultuous life of his mother, Keanu and his sisters were mainly raised by nannies and his grandparents. He attended 4 different High Schools, one of which he was expelled from for being “a little too rambunctious” before he dropped out of High School altogether at the age of 17. This was partly because at 15 he decided he would become an actor, and had begun working as a production assistant for his stepfather.

After working with River Phoenix, Joaquin Phoenix’s older brother, in the 1990 movie I Love You To Death Keanu became very close best friends with River. He would then star with him the following year in My Own Private Idaho. Unfortunately, River died suddenly on October 31st, 1993 from a drug overdose at the age of 23, which heavily affected Keanu.

In 1998 Keanu met the love of his life, Jennifer Syme, at a party. The following year they learned that she was pregnant with a baby girl. The couple were apparently over the moon, until Jennifer realized the baby hadn’t moved in a while. An ultrasound on Christmas eve revealed that the baby had died after 8 months, and would be a stillborn. The news devastated Keanu and Jennifer, causing them to split up shortly thereafter.

After a couple years had passed, Keanu and Jennifer had remained good friends and things were looking like they might be able to rekindle their relationships. Unfortunately, it was never meant to be. On April 1st, 2001, after attending a party at Marilyn Manson’s home, a friend drove a drunk Syme home. However, Syme wanted to return to the party despite her state, and got behind the wheel of her car in the early morning of April 2nd. She would then drive into some parked cars in LA, and because she wasn’t wearing a seatbelt, was ejected through the windshield and died instantly. She was later buried next to Ava.

In the early 2000s Kim was diagnosed with Leukemia, which was very hard on Keanu to hear. In a show of support, Keanu took good care of her, and even donated millions towards cancer research and various charity organizations, hoping to help save her life. This time, however, there would be a happy ending. After 10 years battling the deadly disease, she finally emerged victorious, thanks to her determination, self-belief, and her brother. 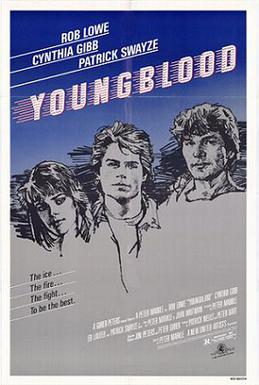 Keanu officially started his acting career in 1984, but his first major motion picture appearance was in the 1986 film Youngblood alongside Rob Lowe, Patrick Swayze, and Cynthia Gibb. He then appeared in the academy award-winning film Dangerous Liaisons (1988) and two Bill & Ted time-traveling comedies (Excellent adventure, 1989, and Bogus Journey, 1991). During the 1990s he also starred in the cop action thriller Point Break (1991), Bram Stoker’s Dracula (1992), and the action Hollywood blockbuster Speed (1994). Finally, in 1995 he would star in the titular role of the first of what would be many different Cyberpunk films: Johnny Mnemonic.

Johnny Mnemonic was a 1995 Canadian-American film and one of the earliest films to visually represent cyberspace and the internet. It’s based on the short story of the same name by William Gibson (Neuromancer), who also assisted as screenwriter. In the film, Keanu plays Johnny, a courrier who stores sensitive data in his cybernetic brain, a bit like an organic USB stick. The film is set in a dystopian future where megacorporations dominate the landscape and there are strong Asian influences as well, such as the Yakuza. The movie would eventually bomb (maybe because of the code-breaking Navy dolphin? No, I’m not kidding…) but it did garner a bit of a cult following afterwards. However, this would pave the way for Reeves to finally take up the mantle for his perhaps most recognizable and historic roles, Neo in the Matrix Franchise.

The Matrix trilogy needs no introduction, and is my favorite trilogy of all time (for more on WHY I love the Matrix so much, check out my Legacy of the Matrix post here.) Reeves plays a computer programmer called Thomas Anderson by day, and hacker Neo by night, until he meets Morpheus and learns the truth about the world, that he is living in a simulated virtual reality and the real world is actually a dystopian future with a war raging between humanity and machines. 100% would recommend.

After the Matrix trilogy, the next cyberpunk film Keanu did was called A Scanner Darkly. Yet another adaptation of a PKD novel (there were a lot of those), A Scanner Darkly is a 2006 thriller written and directed by Richard Linklater. Cast included Robert Downey Jr., Woody Harrelson, and Winona Ryder. It told the story of another near-future dystopia controlled by intrusive high-tech police surveillance in the middle of a drug epidemic. 20% of the population are addicted to a hallucinatory drug called Substance D. Keanu plays Bob Arctor, an undercover agent who uses a “scramble suit” to keep his identity hidden while at the police station. It’s a film filled with paranoia and uncertainty, another thrilling story of questioning reality. It’s also shot in a very unusual style: by being shot digitally and then animated using interpolated rotoscope, giving it its animated look.

Technically not Cyberpunk, this is a worthwhile mention since it is Keanu Reeves’ directorial debut. Directed and starring Keanu Reeves as Donaka Mark, Reeves cast himself as the movie’s main antagonist for perhaps one of the first times. The main character, Tiger Chen, is actually the protege of Yuen Woo Ping (Crouching Tiger, Matrix choreographer) as well as Keanu’s close teacher and friend. He also had a minor role in Matrix Reloaded–you may recognize him as that guy who was shocked when Neo clubbed him to death at the end of the fight in the chateau.

The following year in 2014, Reeves played the titular assassin in what would become a surprise hit and franchise. While not technically Cyberpunk, it does have an underground world of assassins and simply tons of badass action sequences including fistfights, handgun fights, fights with assault rifles and shotguns, and fights with everyday objects! The films were directed by Chad Stahelski, who worked as a stunt double for Reeves in the Matrix franchise. He is also reported to be helping out with stunts again in the upcoming Matrix 4 sequel.

The final Cyberpunk film with Keanu Reeves in this list is the indie and little-known film called Replicas. Directed by Jeffrey Nachmanoff, Keanu plays a neuroscientist who brings his family back to life via copying their consciousness into androids after they die in a car crash. Unfortunately, it was panned critically.

Not a film but rather the first time that Keanu Reeves voices and features in a big-budget video game, Reeves will star as the augmented punk rocket Johnny Silverhand. As perhaps one of the most highly anticipated videogames of 2020, Reeves’ role was announced with a new video game trailer in 2019, before Keanu himself walked on stage at the Microsoft E3 2019 briefing to announce the (now-delayed) release date of Cyberpunk 2077.

In the announcement a fan yelled that he was breathtaking, to which Keanu, ever the humble man, replied “no, YOU’RE breathtaking. You’re ALL breathtaking!”

During his long and highly acclaimed acting career, Keanu has also taken part in a lot of interesting side hobbies, in addition to his philanthropic actions. Some of them may surprise you.

Dogstar was a band active from the mid-1990s to the early 2000s, and in their band Keanu Reeves played the Bass guitar. The band formed when Keanu ran into Robert Mailhouse in a grocery store, and they just started talking and hit it off. After jamming together a couple times they formed the band, which was later joined by Gregg Miller, the oriignal lead guitarist and singer. He would end up leaving the band because of his demanding schedule in hollywood.

Keanu is also an avid motorcyclist–he even featured in a motorcycle ad during the superbowl! He was enough of a Motorcycle fan that he co-founded a designer motorcycle company called Arch Motorcycles.

A long and interesting life

So these are all the things that stuck out for me about the interesting life of Keanu Reeves, and why he is one of the most cyberpunk actors out there. But what do you think? Do you know of anyone else who is as synonymous to Cyberpunk films as Reeves? If so, who? Let me know in the comments below. And let me know if I left anything out!