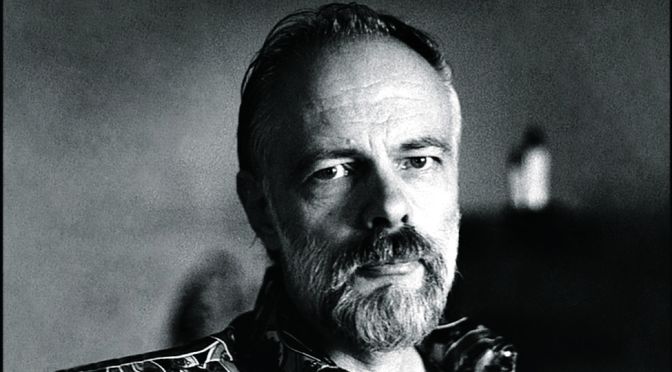 The Grandfather of Cyberpunk

If William Gibson is the father of Cyberpunk, then Philip K Dick is undoubtedly its Grandfather. Although Gibson might not want it characterized as such.

Philip K Dick was a prolific science fiction writer who was born during the great depression in 1928 and died in March 1982 from a stroke. He wrote 44 novels in his lifetime and 121 short stories, most of which appeared in science fiction magazines like Science Fiction Quarterly. He constantly struggled with finances, had five wives, and at the end of his life attempted suicide multiple times. He struggled with drug addiction, an overwhelming sense of paranoia that became worse later on in life, and paranormal religious experiences that both shaped and confirmed his science fiction writing. If you had to identify a central theme to Dick’s writing, it was the uncertainty of reality.

His influence on Cyberpunk, Dystopian, and Alternate-Reality Movies

I keep on having my mind blown by how influential Philip K Dick was, and still is, on film. I thought he was simply the writer behind the novel that inspired Blade Runner, and maybe a couple other things like Total Recall, but that was it.

Nope. I was wrong.

Philip K Dick has in fact had a huge influence on the movies that have been released. You’ve probably seen many a PKD-inspired movie and didn’t even know it!

Don’t believe me? Allow me to give you a primer on everything he has done with the following list of nine novels or short stories that inspired major film productions.

The beginning of my tumble down the proverbial rabbit hole was with What the Dead Men Say, a short story that PKD used as inspiration for his novel Ubik. This is the only short story to inspire a novel in our list. 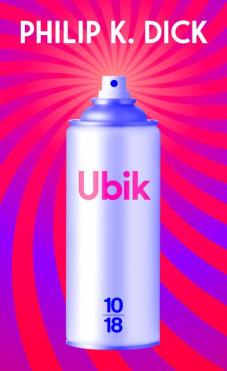 PKD’s work has led to a whopping thirteen films inspired by his work (s). The first one on our list is undoubtedly one you are already familiar with.

1. Do Androids Dream of Electric Sheep and Blade Runner

We start off our list with nothing less than Do Androids Dream of Electric Sheep?, which of course led to one of the leading works that founded the Cyberpunk genre, Blade Runner. In the book, the world has experienced a global crisis where animal life has died to such an extent that people own pets as symbols of wealth, since they are incredibly expensive. Those who can’t afford bona-fide animals (which are listed in catalogs with current prices much like stocks nowadays) have to settle for electric animals that mimic real animals. Of course the movie blade runner has none of this, but there is also a significant plot of androids being hunted and questioning their place in the world.

2. We Can Remember it For You Wholesale and Total Recall

The second adaptation on our list is We can remember it for you wholesale, which was a short story adapted into a more famous movie called Total Recall played by Arnold Schwarzenegger that came out in 1990, and then later remade in 2012 with Colin Farrell, Kate Beckinsale, Jessica Biel, Bryan Cranston, Bill Nighy, and John Cho. While the original Total Recall takes place partially on Mars, and has surprising things like mutants, the remake settles on basic action and a world with an elevator that goes through the core to connect a poor and rich world. All three stories play with the meaning of memory and how it can shape what you think is your identity and reality, but in different ways.

Third on our list is the short story The Minority Report, which inspired Stephen Spielberg’s Minority Report with Tom Cruise, a tale about free will and controlling the future. While PKD’s short story is obviously more straightforward, it focuses less on action and more on political intrigue and pitting free will versus determinism. While Spielberg’s Minority Report is similar, the theme of political plotting is almost non-existent, replaced instead by a fast-paced game of cat and mouse as main character John Anderton (Cruise) tries to escape his old division of pre-crime to solve the mystery of the murder he is supposed to commit but hasn’t yet. There is a strong focus here on broken families again, which is a theme that seems somewhat common in Spielberg’s work. 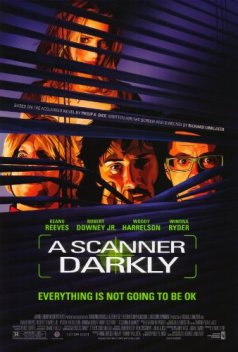 The novel A Scanner Darkly resulted in the brilliantly-imagined, drug-addled roteroscope film called A Scanner Darkly, with Keanu Reeves (The Matrix, Johnny Mnemonic), Robert Downey Jr., Woodly Harrelson, and Winona Ryder. I have not read the novel yet, but it is said to be semi-autobiographical, and is set in Orange County, California, in the then-future of 1994 (it was published in 1977). Apparently the director Richard Linklater worked closely with the PKD estate to adapt the movie faithfully from the novel, since it was one of PKD’s favorite and most personal ones. 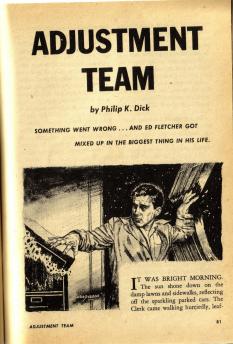 Next on our list is the short story Adjustment Team, later adapted into The Adjustment Bureau with Matt Damon (Elysium) and Emily Blunt (Edge of Tomorrow). Originally an insurance salesman in the short story, the screenplay writer George Nolfi wanted a character that would have consequences to his life choices past himself, and thus settled on Damon playing an up-and-coming politician. The story revolves around the idea that fate is actually a certain group of everyday people that decide your fate for you, modifying your reality in subtle ways in order to fit their own party agenda.

6. The Golden Man and Next 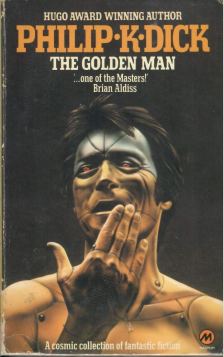 Next we have, well, Next, which was adapted from PKD’s short story The Golden Man about someone who could predict the future. The short story was in a science fiction novelette set in a post-apocalyptic future where mutants exist as a smaller demographic of normal humans. As a result they are hunted, but when the government catches the main character Cris, it finds it difficult to kill him due to his powers of precognition. Meanwhile, Next starred Nicholas Cage, Julianne Moore, and Jessica Biel. Cris Johnson can see the immediate future in Las Vegas but as a result is the target of a terrorist group, and then becomes wanted by the FBI to fight that same terrorist group.

Paycheck was another science fiction novelette where the main character, Jennings, completes a secret 2-year contract and then has his memory wiped in return for being paid a lot of money. Upon waking up after his memory wipe, however, he finds that he had asked to be paid with a bag of trinkets instead of the money. He then gets arrested by the police, but the bag of trinkets helps him escape, because during his tenure he had been able to see the future so the bag of trinkets are a carefully-chose set to allow him to escape the police. The film adaptation is actually surprisingly similar to the novelette.

This last one was especially interesting because it was directed by John Woo, who was one of the Wachowski’s favorite directors. They liked his films so much that for the Matrix sequel video game, The Path of Neo, the player plays Neo in an exact replica of the Teahouse shootout scene from Woo’s Hardboiled. The other interesting thing I noted about Paycheck is that the trailer for Paycheck features the same song that was written for a scene in Matrix Reloaded, called Zion by Fluke (the rave scene in Zion). Matrix Reloaded came out in May of 2003, but Paycheck came out in December of the same year.

Second Variety is next on our list, a short story about a future war in the trenches between American and Russian forces. Autonomous robots with rotary blades called Claws live in the sand and attack anyone designated as a target, before they start developing the second variety, which are androids that look like humans. The movie Screamers follows the same premise, except for the added aspect that the android can only be properly identified as such when it screams.

There was also a film adaptation of the short story Impostor, with the film using the same name, starring Gary Sinise, Madeleine Stowe, and Vincent D’Onofrio. Impostor was a story about a man who thinks he is human, until his colleagues intercept him and insist he is actually an android impostor, that his real human self was killed and replaced with his android counterpart in order to carry out a terrorist act sometime in the future without knowing it. The movie very much follows the same story and stays faithful to the short story.

An Excellent Source of Inspiration for Hollywood

So how many of these movies have you seen? How about the books and short stories? Have you read them all?

If you’ve seen all the movies and read all the works, then you can truly consider yourself a die-hard PKD fan, and you probably question your reality. So make sure to get a can of Ubik in a store near you!

4 thoughts on “The Influence of Philip K. Dick on Film”