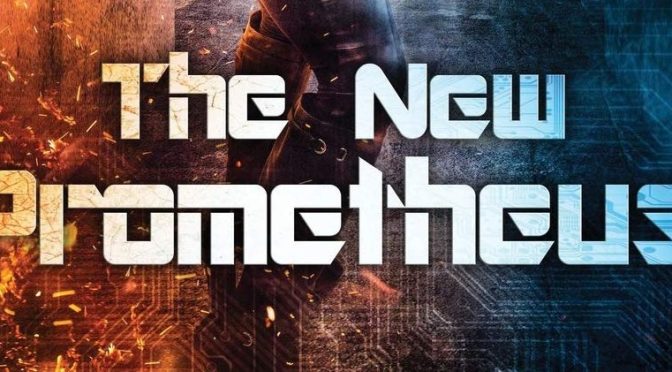 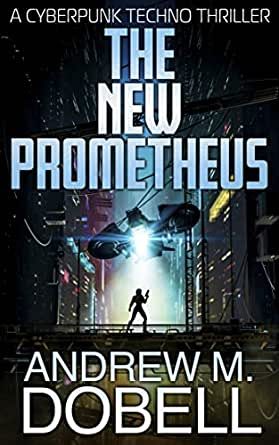 The New Prometheus is the first novel of the 5-book series of the same name by Andrew Dobell, a Cyberpunk series starring Frankie, an unwilling cyborg who wakes up one day with a human brain and cyborg body after a ruthless attack. Thrust into a fight against the mega-corporations that control her world, she teams up with local detective Gibson to regain a semblance of normalcy and freedom from the corporations who will stop at nothing to regain their property.

The influences for this author here aren’t subtle. Detective Gibson is clearly inspired by William Gibson, writer of Neuromancer, which helped start the Cyberpunk genre. The main character, Frankie, also seems to be almost a perfect copy of the Major from Ghost in the Shell. Both of which are excellent influences to have, so I don’t blame him.

The strength of Dobell’s novel, which isn’t his first but is the first of his cyberpunk and sci-fi novels, is definitely the way he writes his action and pacing. I loved reading his descriptions of the weapons, armor, cyber-hacking, and mechs, as well as how each one of these are used or destroyed as the story progresses. This novel was hard for me to put down, with a fun fast pace and non-stop action, his writing flowed easily and it was a very fun read.

Dobell writes Frankie and Gibson in a way that makes them easy to like, and quick for the reader to care about their safety, which is great. There were moments where I felt shocked when the main characters get hurt, or seem about to get hurt, which showed I really felt and sympathized for them.

But beyond that, I felt disappointed by the lack of complexity I saw in the characters. Dobell has a tendency to explain to the reader how his characters are feeling and thinking, instead of showing his readers and trusting them to figure it out on their own. This, along with dialogue from the characters that lacked too much distinction from each other, made the characters seem rather simple. I liked the nuance Dobell brought to Frankie’s character as she considered her torn feelings about being in her new cyborg body, but the motivations behind Gibson, the doctor, and other characters they run into along the way felt lacking. I felt this especially when Gibson decides to help Frankie–like there needed to be more behind why he decided to do what he did.

What I really liked about this story was Dobell’s depiction of nanobots and cyborg implants being a corporation’s property, extending the lives of its citizens but only as long as they kept the payments coming. Corporations demanding their bio-property back isn’t a new concept, but nanobots being accessed remotely or being hacked was a fun new concept for me to read, and a grim warning of what our future may one day look like. Which is exactly what Cyberpunk is supposed to be.

Andrew Dobell’s The New Prometheus is a by-the-numbers Cyberpunk thriller, a fun, fast paced ride, but with some forgettable characters and at times lacking depth. It’s a good start to a fun promising story, though, and I look forward to reading more from Andrew Dobell in the future. Perhaps in his later books he will flesh out an already promising plot, improving both the depth and quality of the story. 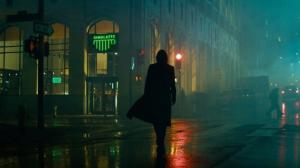 And as always, if you liked what you read and want to help the Cyberpunk Matrix going, you can show your support over on Ko-Fi. Help contribute to the costs of website upkeep, or simply buy me a simulatte. https://ko-fi.com/cyberpunkmatrix