Although here at Cyberpunk Matrix I wrote up individual posts for Night City Wire’s episodes 1, 2, and 3, for this final post and because I’ve been so busy, I decided to create one big mega-post for Night City Wire combining episode 4 which came out October 15th, episode 5 which just came out on November 19th (when Cyberpunk 2077 was supposed to be released before it was delayed a third and –hopefully final–time to December 10th), as well as the surprise special episode that dropped on YouTube and Twitch without warning on Tuesday, November 17th. Let’s jump right in.

This episode contained a look at some of the vehicles available for driving in Night City, including some behind the scenes of how they were created and a collaboration with Keanu Reeves’ co-owned company Arch Motorcycles (yes, Keanu Reeves loves motorcycles so much he helped start his own company that custom makes them, for more check out our bio for Keanu Reeves where we go into detail about that here.) Then the episode covers four different fashion styles that you can see in Night City, before finally showing the cosplay contest winners (they really went all out!) Oh and they also mention Cyberpunk 2077 is available for Stadia, but I doubt that is relevant for many people.

Arch Motorcycles: Keanu Reeves and Gard Hollinger are the co-founders, and they partnered with Cyberpunk 2077 to do the audio recording for the motorcycles found in Night City.

The winners of the Cyberpunk 2077 cosplay contest are shown above. Although not shown in Episode 4 of Night City Wire, CD Projekt Red later uploaded a 20 minute video showing the contest finale. You can check it out below: 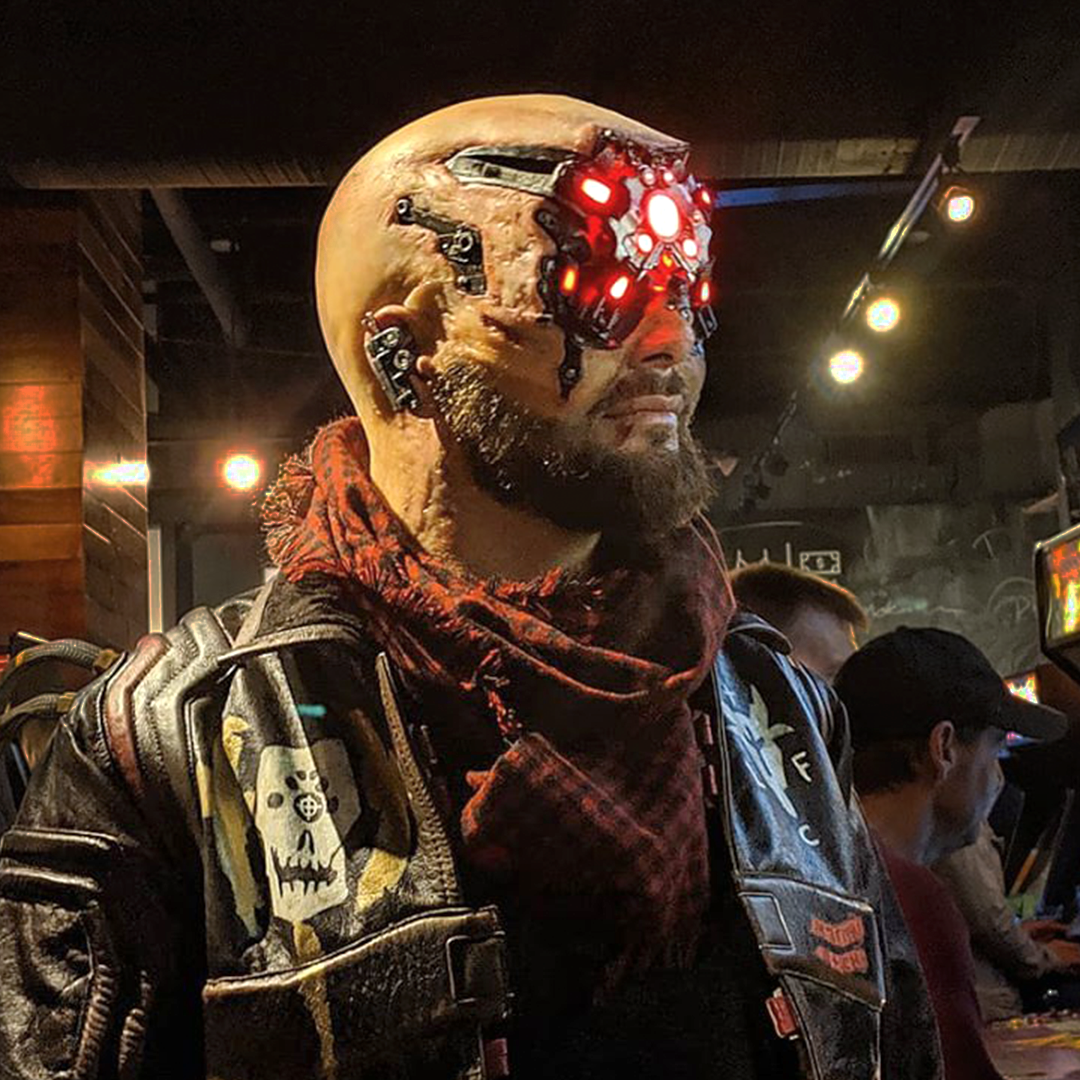 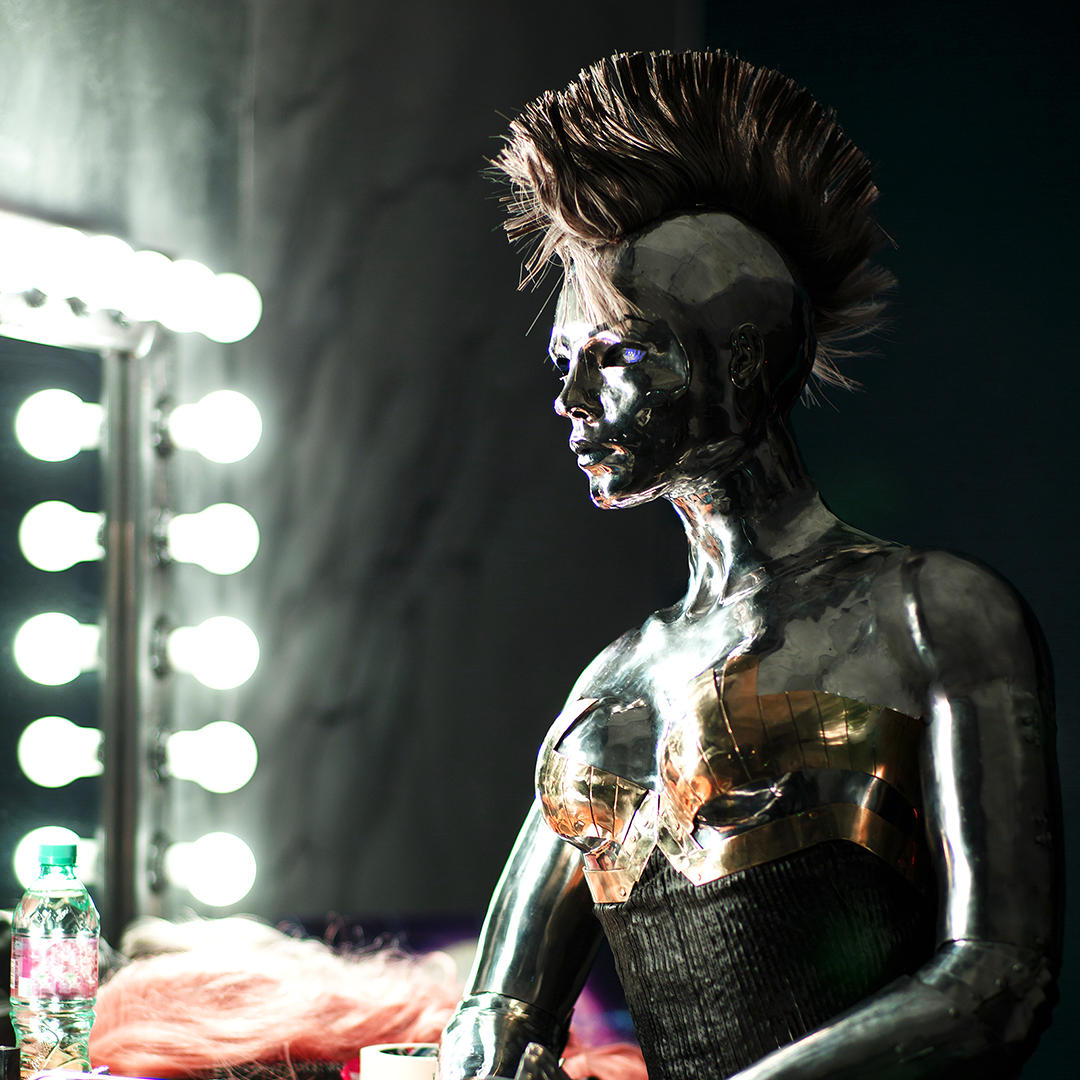 And finally, 1st place went to Tingilya as Dum Dum

To see the entire Night City Wire Episode 4 from Cyberpunk 2077, check out the video below:

This episode could also be called the Xbox One X and Xbox Series X Special, as the entire episode was only 10 minutes long and showcased exclusive new gameplay from Cyberpunk 2077 in order to demonstrate how it looked running on the new Xbox consoles, the Xbox One X and the Xbox Series X. Personally I didn’t see much of a difference between the two different consoles, but it could be due to a variety of factors like my slow internet or computer screen resolution.

The gameplay footage contains parts of quests that reveal a bit without revealing or spoiling the quests themselves. A lot of the gameplay features driving around at night in Night City, which simply looks gorgeous. I can’t wait to walk or drive around this neon metropolis. One cool thing was seeing Keanu Reeves as Johnny Silverhand as an NPC that appears in the game. You talk with him briefly during the mission while going up an elevator.

You can check out the special episode and see if you notice any big differences here:

Night City Wire Episode 5 featured an in-depth look into Johnny Silverhand, the process of making the original soundtrack for the game, and finished with the last and final gameplay trailer for Cyberpunk 2077. It also briefly mentioned a digital goodies reward system for players, as well as a new cutting-edge technology that maps facial movements to audio in order to better sync characters to the 10 different original languages available for Cyberpunk 2077. It was a pretty good episode.

The main attraction for Night City Wire Episode 5 was going into the making of Rocker Boy Johnny Silverhand, played in the game by Keanu Reeves. Irreverent, crass, rude, but also kinda funny, Johnny Silverhand died a long time ago but was known as a famous rocker who wanted to stick it to the system. In the game he now only exists as a digital consciousness on a data chip that somehow found its way into V’s head–the main playable character, AKA you.

Cyberpunk 2077: Behind the Scenes with Keanu Reeves

They share not only how they chose Keanu Reeves to play Silverhand, but also the process of motion capture that Reeves went through to bring this character to life, along with a huge range of emotions and actions Reeves had to act out. Apparently they had considered all kinds of people to play Johnny, including actual rock stars, and even creating him digitally, before they settled on Reeves for his Hollywood fame, talent, and charm that he brings to the character and the game. And I think we can all agree with that.

Paul Leonard-Morgan teamed up with Marcin Przybykowicz and P.T. Adamczyk to create what looks like will be an incredible score. We learn that the composers wanted to take Cyberpunk music out of the 80s and give it a 90s flare by taking elements of rave, IDM, and Industrial to fit the story. They wanted to stick to electronic as much as possible, which is why you’ll be able to hear so much analog synths in the score. They also shared that pretty much all of their quests have their own custom score–which would be A LOT, if you think about it. It adds up to 7.5 hours of music apparently.

And that’s not including all the different bands and genre-bending tracks you can find, as well as the radio channels available in the game too.

For a language enthusiast such as myself, the short but sweet section about JALI was super interesting. JALI is “a suite of tools and services that result in a high quality facial performance on characters that is automatically generated on a face based on an audio dialogue from a voice actor.” So what this means basically is that for all 10 VO languages that can be chosen to play Cyberpunk 2077 (English, Brazilian Portuguese, French, Russian, Polish, Italian, German, Spanish, Japanese, Chinese) every single character will have their lips and facial features match what is actually being said and expressed. Which is absolutely incredible in my view. This makes me seriously want to play the game in a target language–imagine learning Italian or Russian while playing Cyberpunk 2077! Because along with the VO you can also have your subtitles of choice.

Last, but not least, the final episode of Night City Wire included the final latest gameplay trailer which revealed a few new fun details. It provided the clearest, most succinct bit of exposition to prepare players for the game who might not know anything about the lore or setting that came beforehand. Here it is:

The year is 2077. An economic crisis culminating in nuclear conflict has left America in pieces. With most of the continent degenerating into lawless warzones, people from all over have converged on the already overcrowded Night City, one of the world’s last great megalopolises. A hub amassing the best in resources and know-how, and home to manufacturers of cutting-edge technologies, Night City continues to offer the promise of a civilized future. But in the city streets, a merciless struggle for power rages. Gangs, corporate agents, hustlers, religious cultists, politicians and all manner of criminals strive to outplay one another. Ordinary people get caught in the crossfire. In this world, consumed by never-ending conflict, sometimes only an outsider will get the job done. And that’s you, an urban mercenary, a cyber-enhanced gun for hire. As a mercenary, you swear no allegiance. You’ve chosen the outlaw life, and trust that your abilities will carry you up Night City’s ruthless underground social ladder. To thrive as a merc, you need the right combination of gear, skills, and reputation. With the money you earn, you can turn yourself into a living weapon, buying guns and enhancements in the hundreds. As you roam the city streets, you gain the experience you need to upgrade abilities and acquire perks. Combine the right skills and gear to create a gunslinger with inhuman reflexes, a stealthy netrunner with command of all surrounding tech, or practically anyone in between.

In Cyberpunk 2077, you steal a prototype biochip that can set you up for life. When its sealed container is ruptured, the only way to prevent the biochip from failing is to slot it in to your  head. It turns out it contains the digitized soul of Johnny Silverhand, a dead rockerboy with violence on his mind. He’s out for revenge, aims to bring down the megacorp that made the chip. What is in your head can shift the balance of power in Night City. The high and mighty will do anything they can to get their hands on it. The choices you make will shape your story and determine how events unfold. But not everything in Night City is a matter of life and death. Sometimes it’s about style, choosing your look, your ride, your past time, who’s at your side. Choosing how to spend your dirty money.

From the music, to the voice and motion capture actors, to the gameplay, environment, and immersive yet complex storyline, Cyberpunk 2077 looks like it’s going to be one fun hell of a ride, and a giant step forward for the Cyberpunk genre as a whole. The amount of care and detail CD Projekt Red have put into this project is staggering, and provided there aren’t any additional delays, I can’t wait to get my hands on this game when it comes out December 10th. But what do you think? Are you as excited to play this game as I am, or are you less excited? Let me know in the comments below.

You can check out episode 5, as well as all past episodes on the Cyberpunk 2077 YouTube channel, and my thoughts of the episodes here on Cyberpunk Matrix.