If you’re like me, you can’t get enough of Cyberpunk movies, TV shows, and video games. I also greatly enjoy Cyberpunk literary works but I admit I devour them at a decidedly less voracious pace than those with audiovisual mediums.

So to keep track of everything that’s coming out in the near future, here’s five things to look forward to that are headed your way in the next two years:

Technically the 6th Terminator film in the franchise, this film is a soft reboot to the series, taking off after T2 finished. Tim Miller (Deadpool) is directing, After Terminators one and two, which were both directed by James Cameron, Cameron left to work on other projects, leaving the Terminator saga in the hands of other directors. While T3 had mixed reviews, T4 and T5 had mostly negative reviews. This time, however, James Cameron was directly involved with the production of Dark Fate, which will hopefully bring the franchise back to its roots. Another nice touch is that in addition to Schwarzenegger returning as a T-800, Linda Hamilton and Edward Furlong are returning as well as Sarah and John Connor respectively. If things go well, this movie may result in the beginning of a new trilogy.

The second season from Laeta Kalogridis is set to drop on Netflix’s streaming platform. Details are relatively sparse, but we do know that Takeshi Kovacs is coming back but played by Marvel’s Falcon Anthony Mackie. AI construct Poe (Chris Conner) is also set to return, along with Quellcrist Falconer (Renee Elise Goldsberry). It will be interesting to see how they write Poe back into the second season. For more details, check out my more in-depth analysis of what we might see in season 2 here.

This entry needs no introduction, as most cyberpunk fans and even the general public are ecstatic about this coming out next year. I don’t think I’m exaggerating when I say it’s quite possibly the most highly-anticipated video game release in years. Not only does the name Cyberpunk appear in its title (and has since warped all google searches for the word) but also Keanu Reeves helped fan the hype flames when it was announced he would be lending both his voice and his likeness to Johnny Silverhand, a character in the video game. Check out the latest about the game here. 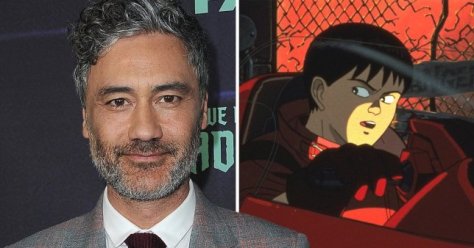 As one of the quintessential cyberpunk animes, and a source of inspiration for many CP pieces that came after, Akira is said to be finally made into a live action film, coming to us from none other than Taika Waititi (Thor: Ragnarok). Originally slated for a May 2021 release, sources from Variety and Hollywood Reporter announced in July of this year that Waititi will be directing Thor 4 instead for now, putting Akira on the backburner and also taking Akira’s May 2021 release date. It is unclear when Waititi will be returning to helm this iconic fim, but sources say he had already started meeting with potential Japanese actors to find the right cast.

There are very few details about Matrix 4 so far, but I will be sharing as much as I can as soon as I can. For all the latest news so far, check out what we do know and which Concept Directors are returning, as well as a run-down on where we left off in the Matrix trilogy and what I’m expecting and hoping for with Matrix 4.

Alright, those are the big five films/series I’m looking forward to! Do you know of any others? And are you excited about these releases as well? Let me know in the comments below.