This post is a continuation of the series called “A Beginner’s Guide to Cyberpunk”. For today’s post, we will be talking about the C-2 Era of Cyberpunk, or the middle decade from 1999 to around 2009. More on why I divided Cyberpunk into these sections can be found in the first post here.

C-2 begins with my personal favorite cyberpunk movie of all time, and indeed the movie that started my love for the genre itself, The Matrix. Now, I won’t go into how incredibly influential The Matrix was (for that, you can read about it in detail here) but needless to say, when The Matrix was released in 1999, it marked the beginning of a new era: the C-2 era. Along with other movies such as the Star Wars Prequel trilogy, special effects took a leap forward in this era, and as a result, movies were much better for it (although one could argue some movies went to far with their special effects, as the movie industry had to learn how to use the new technology in moderation). Some Cyberpunk fans say only The original Matrix is worth watching, but I am of the mind that the Matrix Trilogy is excellent, and although most would say the first and second were much better than the third, all three should be watched in succession for the cathartic conclusion and to see the path of the One from beginning to end.

After you watch the Matrix trilogy, you should also watch the Animatrix. This is a combination of short stories told in anime and CGI format, all tied together with the unifying theme of being about the Matrix. It’s great to be able to see different inspirations and artistic styles, and the content is excellent as well.

Once you do that, it’s time to move onto a literary piece. Technically coming out in 1992, Snowcrash by Neal Stephenson helped revive the Cyberpunk movement that had started with Blade Runner and Neuromancer, and would be highly influential not only to the genre but to Science Fiction in general. Some also would consider it a satire of Cyberpunk itself, which is one of the reasons why I put it in the C-2 era. After winning several Sci-Fi literary awards in 1993 and 1994, Snowcrash helped popularize the term “avatar” that later would be used to describe the playable characters in video games.

After reading Snowcrash and watching the Matrix trilogy, you will want to continue to a couple other successful Phillip K Dick adaptations, such as Minority Report for some more hard-hitting existential questions alongside a good dose of action, and A Scanner Darkly for a real head-trip. 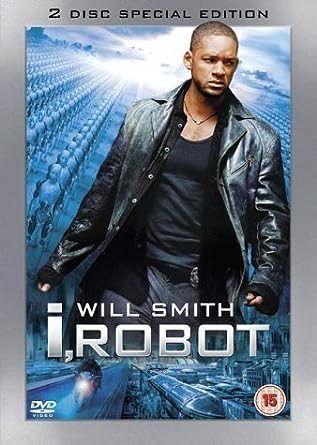 Next, try out I, Robot, which was loosely adapted from the book of the same name from legendary science fiction writer Isaac Aasimov. Lighter on the existential questioning, this movie was an excellent mix of special effects, futuristic technology, action, and fun dialogue from a smart-mouth detective played by Will Smith.

I would also recommend the excellent Equilibrium. Despite being very light on high-tech and heavier on dystopian, this film featuring Christian Bale and Sean Bean has drug-abusing themes and a totalitarian government that checks most of the boxes on a cyberpunk list. It also has some great action sequences, such as its gun-kata fighting style, and is also visually very elegant.

Ghost in the Shell: Stand Alone Complex and Battlestar Galactica

Finally, if you’re dying for extra content, you could check out the anime series of Ghost in the Shell, called Stand Alone Complex, as well as the series Battlestar Galactica. The latter is definitely more like Star Trek than Cyberpunk, but it does have existential questions of identity and features robot vs. human themes.

This wraps up the C-2 era before the world would see another leap forward in special effects and general quality of its content, with C-3: The golden age.

So, to recap, this is the order I would suggest for C-2: