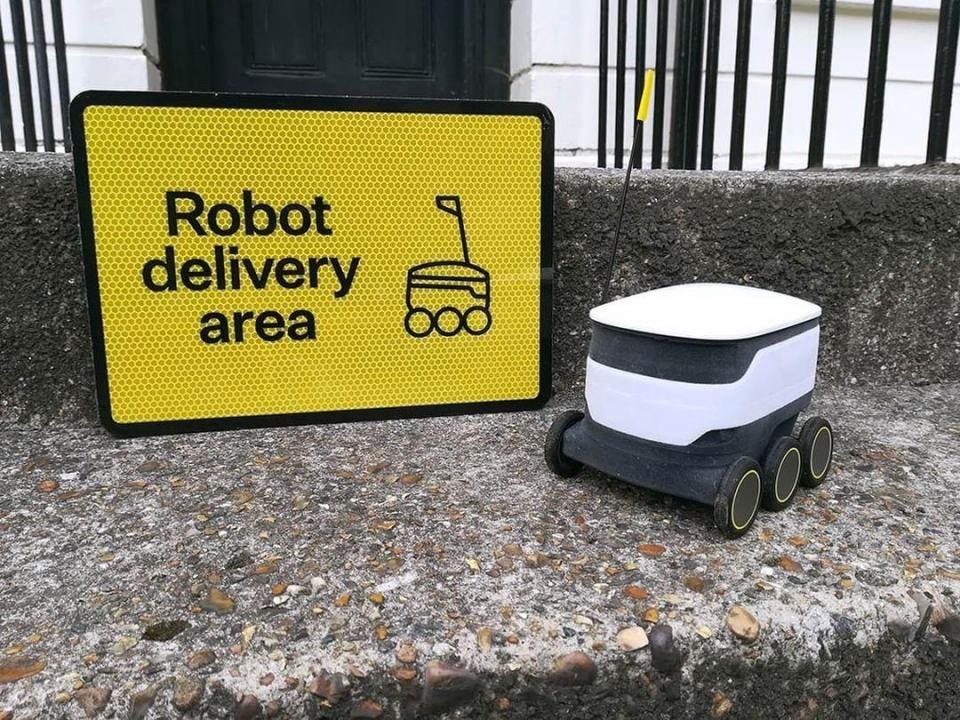 Is 2019 the year delivery drones will finally take off? Or at least, roll out (pun intended)?

After we saw Amazon’s flying drones capable of delivering parcels in the air, we now have a glimpse of what that might look like on land: cute autonomous 6-wheeler robots delivering food and possibly other small parcels to specified location. The idea was first started by Skype co-founders Ahti Heinla and Janus Friis back in 2014, when they founded the robotics firm called Starship Technologies (I know, we love the name too). In the UK you can already find these fun autonomous bots wheeling around Milton Keynes, fulfilling grocery deliveries. Just this week, Starship just announced a partnership with George Mason University to allow their robots to deliver food anywhere on campus as well.

And it’s not hard to understand the appeal. Not only do the robots look cool and futuristic, but it’s also very practical for those who are stuck in the library or on campus without much time to spare, or simply for those students who have the munchies and don’t want to venture far from their dorm room. In the age of Uber, why not have an app for food delivery to your door as well? Not to mention it’s 100% eco-friendly.

Not to be outdone, Amazon has created its own 6-wheeler system as well, called “scout”. Able to accommodate small and medium-sized parcels, scout would only work with Amazon Prime accounts, of course, and is currently still being tested at Washington State University. However, sources indicate it looks considerably less cute, and is surprisingly quite late to the party, all things considered.